Khing, the master woodcarver, made a bell stand
Of precious wood. When it was finished,
All who saw it were astounded. They said it must be
The work of spirits.
The Prince of Lu said to the master carver:
“What is your secret?”

Khing replied, “I am only a workman:
I have no secret. There is only this:
When I began to think about the work you commanded
I guarded my spirit. I did not expend it
On trifles, that were not to the point.
I fasted in order to set
My heart at rest.
After three days fasting,
I had forgotten gain and success.
After five days
I had forgotten praise and criticism.
After seven days
I had forgotten my body
With all its limbs.

“By this time all thought of your Highness
And of the court had faded away.
All that might distract me from the work
Had vanished.
I was collected in the single thought
Of the bell stand.

“Then I went to the forest
To see the trees in their own natural state.
When the right tree appeared before my eyes,
The bell stand also appeared in it, clearly, beyond doubt.
All I had to do was to put forth my hand
And begin.

“If I had not met this particular tree
There would have been
No bell stand at all.

“What happened?
My own collected thought
Encountered the hidden potential in the wood;
From this live encounter came the work
Which you ascribe to the spirits”.

”The Woodcarver” by Thomas Merton, from THE WAY OF CHUANG TZU, copyright ©1965 by The Abbey of Gethsemani.

Use by permission of New Directions Publishing Corp.

My grateful thanks to Simon Scott: Master Builder and Innovator, for his indispensable help with an ever-growing Mark Pearse Catalogue. 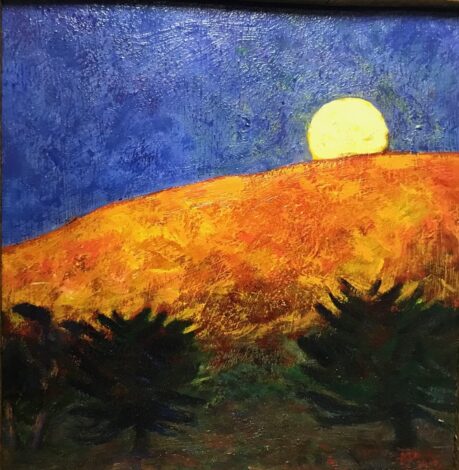 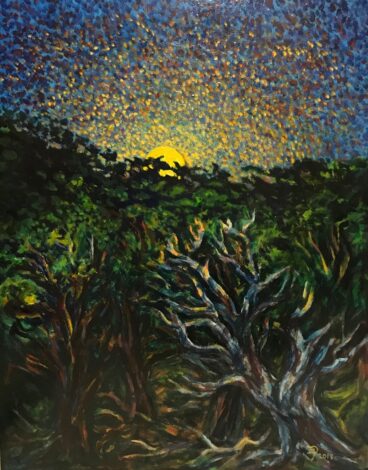