There has been some interesting weather these last few weeks: rain-squalls from the north-west, west, south-west and south. The southerly winds, in particular, were truly fearsome, and on one night (early morning) I felt just a little concerned – not so much for the boatshed, as the shack. But I need not have worried; our shack has weathered serious storms for sixty years. No doubt the boatshed will acquire a similar invincibility, if only by association.

Despite the bleak conditions, I managed to get something accomplished each day – slowly, like the tortoise.

Frames for the western wall, vertical end timbers, and inner window frames are all in place. Various uprights are faired and ship-shape, as Dad would say. The time has come to try my hand at installing the native cypress weather-board.

This cypress is such a beautiful wood. I could go on about it – but instead have asked Sam to take a few photos of one floorboard, in detail. There are many such boards.

You can see in the picture gallery that we have three western windows. The central one is actually a ventilation opening, controlled by wooden shutters. It should be especially useful during summer afternoons, when a gentle breeze, or zephyr, springs up in the west. At the southern end of the Wall is the main window, which provides a passing glimpse of the sea, for inspiration. Not too large – it isn’t a picture window: our chief focus will be on the boat in hand. To the north is a vertical window, framing the  olive branches and sturdy trunk of a sheoak. 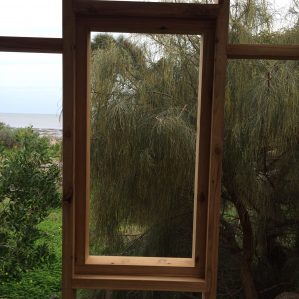 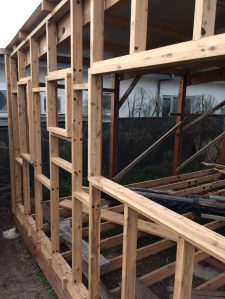 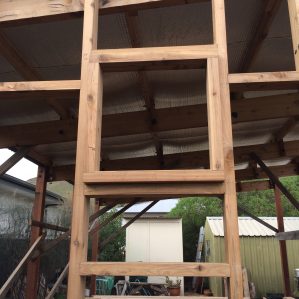 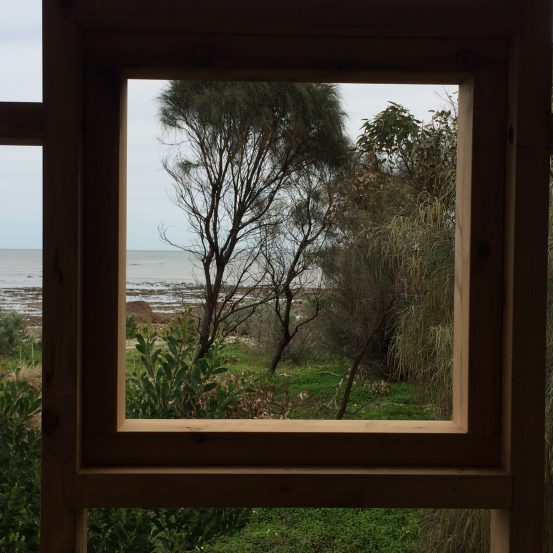 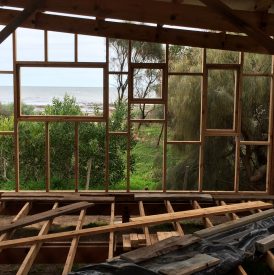 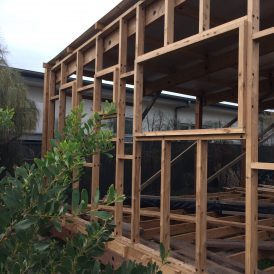 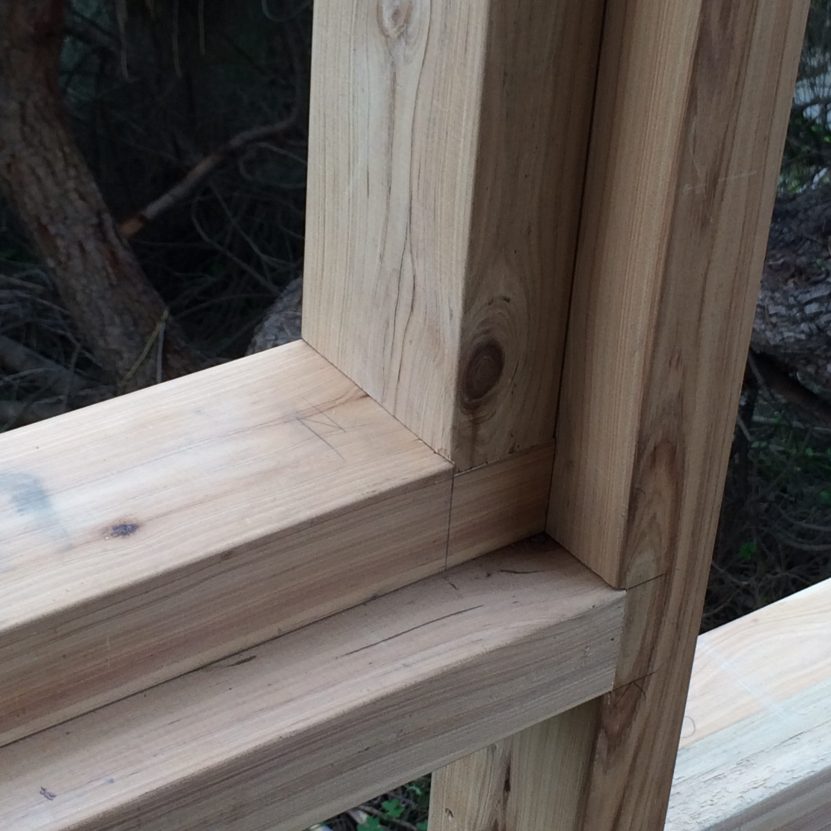 So, everything is looking good to my eye, after weeks of finicky workmanship. Next posting will describe the weatherboard cladding.

2 thoughts on “WINTER HAS ARRIVED”