Sam has recorded the beginning of our cypress floor, which extends eastwards from the western wall.

As the old saying goes: well begun – a lot more to do….

You can see the half inch gap between the outside floorboard and the wall: large wooden floors may (or may not) expand and contract according to the season, although native cypress is said to be relatively stable.

The ‘gap’ will  eventually be covered by a low skirting board.

I have chosen to nail into the face of the boards, rather than through the top edge of the tongue (the latter method is called ‘blind nailing’).  After all, this is a boatshed, not a dining room; strength and durability take precedence over appearance….and I expect the same principle will apply to our boats. 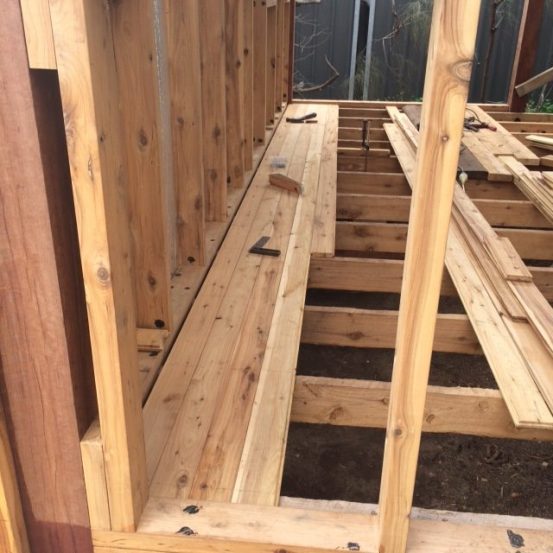 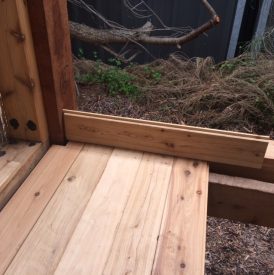 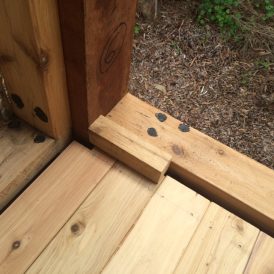 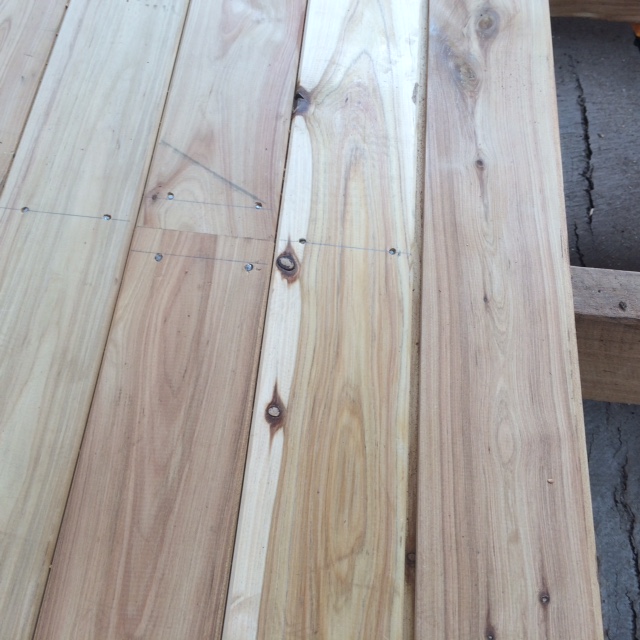