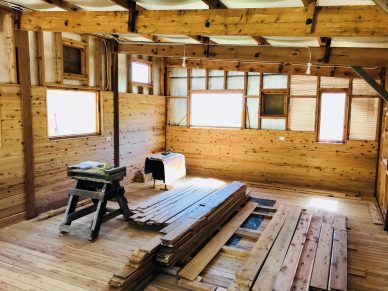 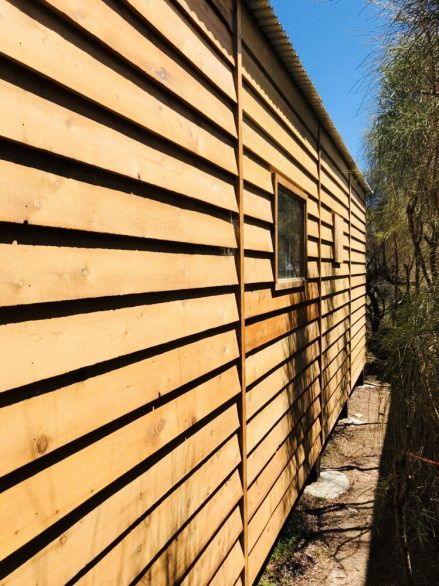 Dad was right: patience is the most aggressive virtue, although at times during this last year or so I have felt inclined to be less than patient, and therefore less than aggressively virtuous (or if you prefer, less than virtuously aggressive).

At any rate, the wall is completed. I will tackle the fascia board, and the adjustable shutter on the ventilation outlet, when I feel inspired.

Progress was hindered by a mother blackbird, who wove her nest in the branches of a sheoak growing at the eastern end of the wall. I chose to approach the wall from the western end, despite urgings from persons un-named to destroy the nest (since Australian blackbirds are considered to be pests). But as Sam observed (possibly recalling the wisdom of the Tibetan Lama in Kim): blackbirds are bound to the Wheel, just like us, and deserve their opportunity to acquire merit. And so be it – there are now four adorable nestlings acquiring merit under the protective wing of the northern wall.

My next task is to finish the cypress lining on the western side of the boatshed, where I plan to install one of two sturdy work-benches.

The double doors are on hold: they need to be clad and then hung – but my attitude to the making of double doors, as you may have noticed, is ambivalent – there is a degree of confidence, but it is quite modest.

We shall see what’s what when the time comes….

One thought on “NORTHERN WEATHERBOARDS”